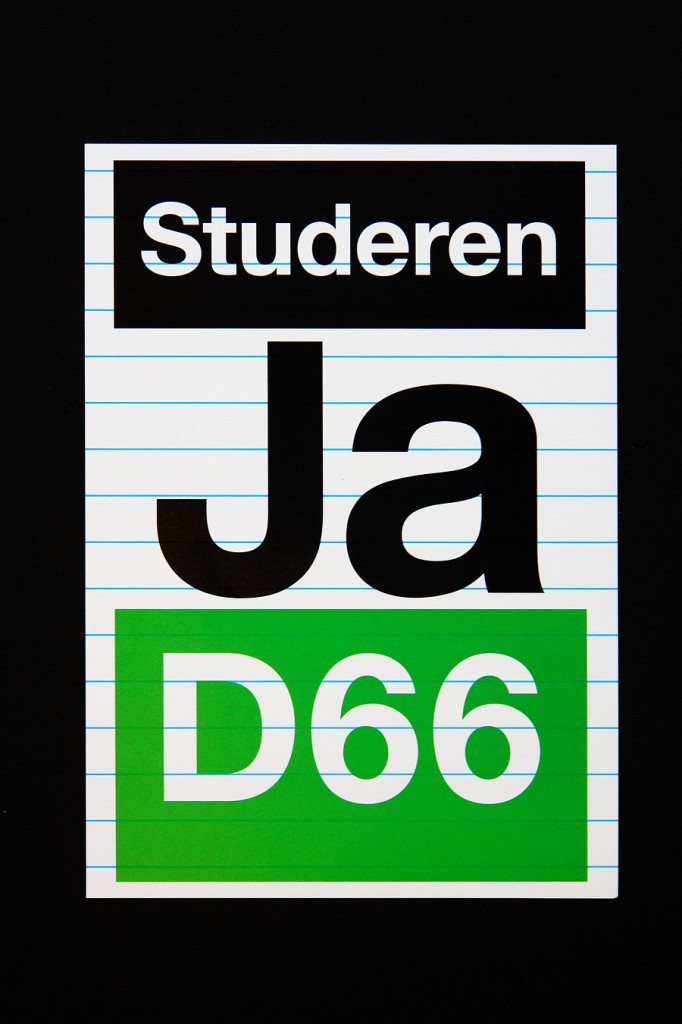 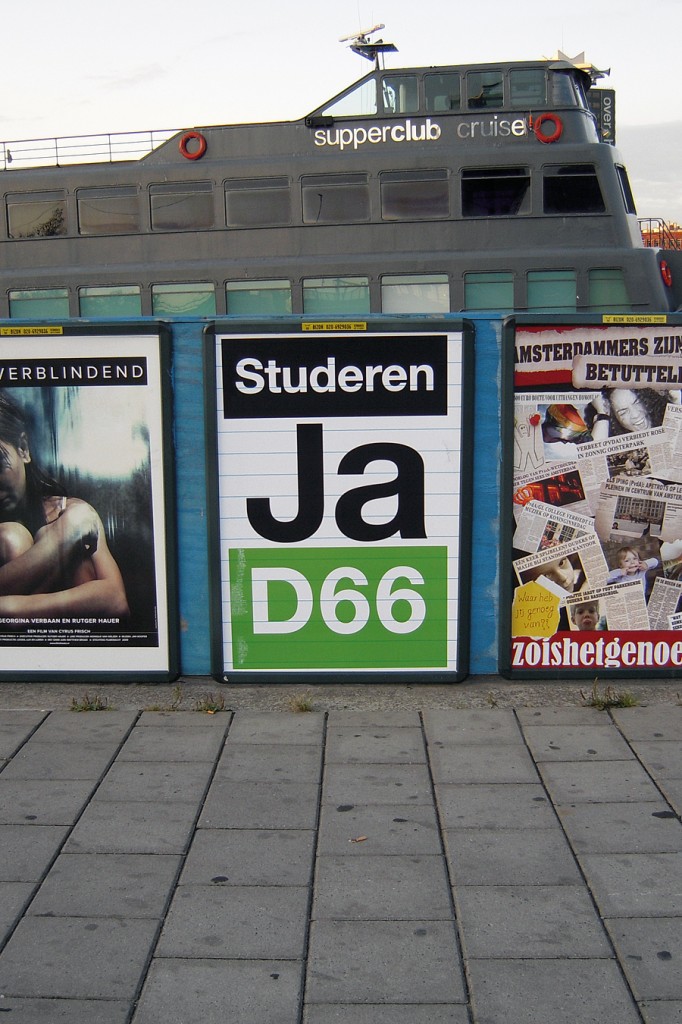 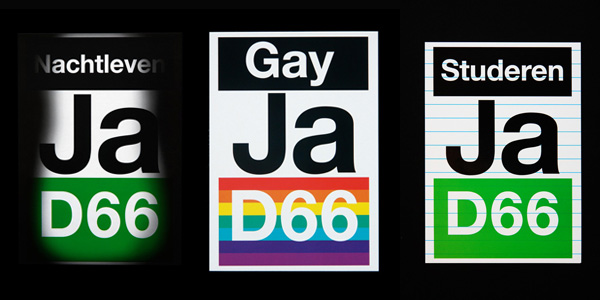 The posters, which are distributed outside of the election
period, emphasise clear points of view.
Each poster playfully tackles one topic or point of view, all
within the strict rules of the D66 visual identity.
The ‘Gay, Yes’ poster was distributed at the time of the
‘2009 Gay Pride’. During the annual Amsterdam Cultural
Night there was no escaping the ‘Nightlife, Yes’ message.
Apart from the posters, the message was also spread
actively in flyers. ‘Studying, Yes’ added a positive message
at the start of the new academic year.

Posters admitted to the Collection of The Stedelijk Museum, Amsterdam
Red Design Award 2010 ‘Best of the Best’